Round_corners_shadow1935×391 490 KB
Aurora brings the opportunities to develop new dAPPS, it can bring new features and utilities to the DeFi sector. Representatives of Aurora Hunters have crypto enthusiasts, who are able to navigate deeply enough in the usefulness of the projects in order, both in the testnet and mainnet period. It will bring clarity about the performance of certain applications created on Aurora and for Aurora. During the creation of Aurora Hunters, almost all applications from the DeFi sectors were tested, including NFT, Utility, lending, borrowing, staking, crosschain, Dexs, trackers, indexers etc.
The screenshots below are from internal sources, Guild version coming soon, hopefully on Monday.

image974×299 177 KB
Thus, Aurora Hunters analyzes the performance of projects and their contribution to the development of the ecosystem, highlighting the nuances of work and bugs, the absence or presence of the Aurora main network and it’s token for exchange, lending, staking, farming, interaction with wallets, etc.
A lot of work has been done on testing cross-chain applications for the “declared-realized” ratio; a decent database has been collected on performance, availability of social media, communications with project developers and presence in information on-chain analytical aggregators, design and UX of all applications of the Aurora ecosystem.
A small example with commentary from internal sources: 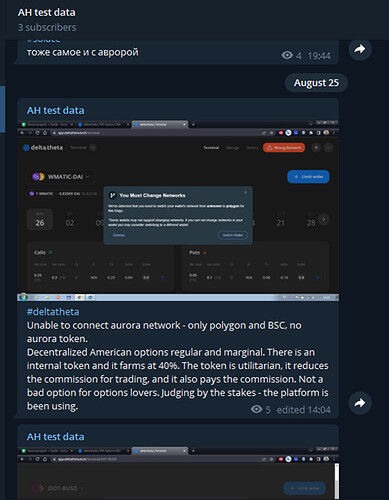 Under the supervision and clear guidance of hunters, new users are attracted from various countries (France, Germany, Mexico, Vietnam, Africa etc., see “useful links”) Hunters make sure that the created local communities translate the latest ecosystem news into their native languages. Aurora hunters directs maximum efforts to attract developers, hiring ads on specialized sites to search for specialists in various crypto niches.
Audio podcasts in two languages ​​(Russian, English) are being prepared to disseminate information about the Aurora on web2 channels such as spotify and soundcloud, in addition to Aurora ecosystem news, podcasts contains general news from the crypto world. A demo version of the podcast in Russian has been recorded and has received some positive and informative feedback so it will become much better. A demo version of the English version will be released soon. We try to be taller and see more so that Aurora ecosystem projects find their new user.

PS: Also latest update from AH:
This time Aurora Hunters were doing a lot of preparation work (that was not mentioned on the proposal but appeared as a necessary part of our path) in order to provide solid info to the Community about projects on Aurora, marketing opportunities, links and contacts, etc.
Hunters Aurora Posts: 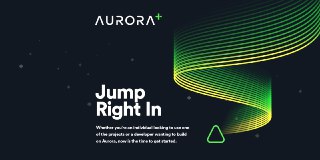 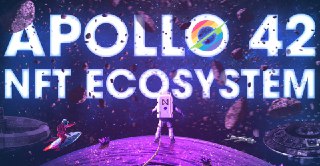 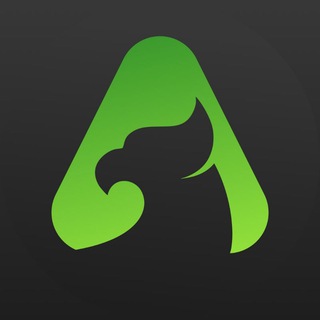 this is channel for announcements on both languages feel free to find any messenger to keep in touch in our linktree https://linktr.ee/aurora_hunters

hey hey ! Good Morning 🔆 happy to invite all of you, who like to paint, create, participate in contests and battles, to spend the time joyfully, to get rewards for activity, and even probably to become our team-member maintaining contests, imagined...

every Friday @AlexAuroraDev is holding #Aurora Weekly Update on the Official Aurora YouTube channel Last time it started from noticing a new amazing design that appeared on http://forum.aurora.dev (created by @Tolmindev 🤍thanks a lot!! ) ❔ how do...

Aurora mitigates two vulnerabilities On June 10 and June 16, 2022, Aurora Labs received two bug reports with critical severity on its Immunefi's bug bounty program. For their valuable contribution to keeping Aurora a safe place for its users, both... 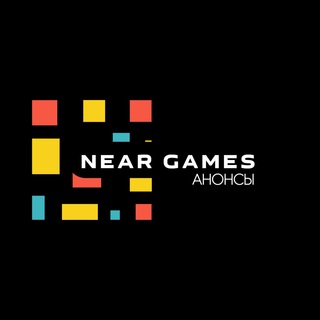 The report does not contain the metrics that are specified in the KPIs .
There is also no information about the various giveaways or how the grant money was spent.
But excellent work done, I hope the next reports will be more detailed.

Hi.
I would like to see feedback from the teams with whom closed testing took place. It is said that a lot of work has been done, hard work has been done, high indicators. In addition to words, indicators are also needed. The metric of your social networks has not been justified, if you take the Telegram channel, Twitter discord. I don’t understand why you control someone’s work. Each grantee submits reports on the work done, which will be seen by everyone at the forum.
Thx

thanks for your concern.
What feedback from the teams are you talking about? we tested and testing the applications for the presence of the aurora network, the network token and the stable operation of the applications. There were no closed tests, you can also test the applications of the ecosystem and write your suggestions to the teams for improvement, as we do.

I don’t understand why you control someone’s work.

here it is also not clear what is meant, we control only our work and the work of regional communities, and we have established communication with them in this direction

please this report is quite confusing, you said you control the work of other Communities?

please can you point to where your community was vested with this power to control the work of other regional communities that got grants just like you did?

The lack of valuable metrics in this report does not show any of your impact in the ecosystem,

Don’t be confused, Aurora Hunters are working to further advance the Aurora network. To control is not to dictate. To control in our case means to recommend. I repeat, we have an established relationship with the leaders of the regional community and we do not indicate them how to work, but we recommend paying attention to the most important news of the ecosystem, which for various reasons may not appear in their groups or there will be enough late when the relevance may be lost. I hope you will not be embarrassed that all communities in touch with each other, as we are a large and friendly ecosystem. And we have one goal.

Aurora hunters doesn’t force their thoughts to the other communities instead they suggest things and work in collaboration with the communities.

Giving an example of Instagram project, @techdir cross checks the infographics/analytics before making it live so that there is no wrong info published and adds his points.

It is not “controlling the work” but helping to make it better. I don’t see any harm in this.