Yes of course. We already have them created 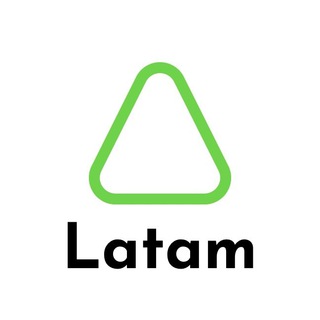 You can view and join @AuroraLatam right away.

Discord yet to be launched

We are waiting to be contacted by the mods for further steps but we have everything set to begin!

Hello @ell, even when this is already approved I have a big concern.

To be able to call an initiative LATAM, you need support from the Region, and the support will come in the form of several representatives, not just one country. Building community on Aurora can be easily achieved as there are already big web3 communities, like Mexico, Venezuela, and Argentina.

It seems they just want to distribute $6000 between them and to lead Aurora LATAM on their own. Not building decentralization. I believe this because all my interactions from the forum had been taken by them as “disrespect” and they made that up as an excuse to take me out from the LATAM leadership discussions.

Building consensus is a place where not everyone should agree with each other, but where everyone involved should be part and have a voice.

Making different communities from different countries to be together and aligned into the same goals is not an easy task, and it is not something you are doing here, so from the time being, there is no really Aurora LATAM, but a kidnapped name “LATAM Aurora” that is not representing what is mean to be.

Nacho, that’s a document made by Martin Montero, without any backup but what is worst is that it is from a person who also attacked @claudioac (Near Hispano Founder) and Near Foundation with lies and false statements.

In the council meeting with representatives from Mexico, Colombia, Chile, Peru, Venezuela, Argentina, it was a long talk about Martin Montero problems, no one supported his claims and his false statements that even hurt the LATAM HUB creation.

But now you are supporting Martin Montero claims, as you showed it here the ones against me.

You are mixing now too much, showing your true colors.

This is all about you my friend. There are no documents or problems anywhere about me…
Take care, hope your life turns for the better, truly.

The problem was Martin Montero, attacking the Near Hispano leadership and LATAM Hub. There was not any problem with me but just being a direct target from Martin as I was one of the first to oppose his actions.

The documents or problems about you are here on this very same thread.

We as Aurora LATAM

There is no We in Aurora LATAM, just you and Turco, and that’s the whole problem.

You don’t represent LATAM, you have 0 support as there was not even a leadership group with any member from another country besides Argentina until I requested it, and now you show lack of professionalism with personal attacks trying to silence me.

Hello everyone
My name Julian. In the NEAR forum I am known as @jblm. I am an active member of NEAR & Aurora Venezuela and moderator of the Telegram groups.

Those sentences are completely true. It is said that this proposal was for the purpose of creating an Aurora LATAM Community, but the lack of activity metrics on Telegram or Twitter for other communities in NEAR by country (Venezuela, Mexico, etc), shows that you did not take the bother to consult with them beforehand, and include them in the Proposal of project. That would have been great to see. Why didn’t you show it?

In the end, it is a proposal (Approved!) to make Aurora LATAM centralized in Argentina, which cannot or does not represent Latin America.

There is no clear budget for the use of the funding

I love the detailed proposals, which tentatively show the use of the funds for each of the items that your put under “How will we get there?”. It is interesting to be able to compare the correspondence between the proposal and the report with respect to the use of funds.

In addition, the Report should not have been a separate post, but here linked to your proposal.

@FritzWorm will not be the only one to rise up to make these observations. I am not active in this forum yet, and only recently, I have been able to understand these things.

My complaint is clear.

Hello Baco, you have my reply here, since you are posting the same in other proposals to add up comments:

Not really in the mood for a witch hunt, but actually for building. Any other positive thing that might help, is welcomed. But not this. Have a nice day.