The JMA_DAO Aurora Boat Party is a little out of the greatness and potentials that lies within the jma_dao community as we build on Aurora!

Description Pop up jma_dao activations and seminar within the local and developing communities. The events will feature Crash courses on the Aurora Network and how we are building on Aurora, plus onboarding new users onto the community.

Funding Request $5 000/Month. For the month of January/February

It wasn’t motivated by any reward because I wasn’t expecting one, we were simply in love with aurora.

This Particular Proposal is 23 days old, and its of utmost importance and a prerequisite for the @jma_dao $4M Proposal that has also been communicated via @system for building and developing the @jma_dao MVP that in this first quarter. The jma_dao community has been, interviewing, selecting and inviting talent recruits and resources for a smooth execution. Its what we’ve done in the past for the shinning stars communities in the past.

We are now behind schedules by more than 10 days.

The activations for prepping and preparing the local communities of more than 3 million residents, with a KPI of physically interacting with 1000 people/month along side building our MVP, simultaneously.

The Proposal for this activations is S.M.A.R.T.
And our proposed $4M pre-seed Funding to develop our MVP is also Very S.M.A.R.T.

The result of both Proposal will exponentially increase visibility, awareness and adoption of Aurora in Nigeria, In the Millions.

Spoiler alert, JMoss Architecture DAO has a good and long standing relationship with the Federal, State, and the local government authorities in Nigeria.
Let’s make aurora what the locals are talking about.

Top KPI/month: Onboarding 1000 individuals to be followed up on immediately and preparing them for testing our MVP.

I look forward to posting a [Report] in a few weeks.

The monthly activations and seminars will host and onboard 1000 new users to the community monthly, making a total of 12000 new users by the end of 2023.

The Aurora Kitchen will record, keep and use customer data for future testing of wallets and dapps, where meals can be ordered and paid for with $Aurora, using the jma_dao native wallet.

Info About The Kitchen 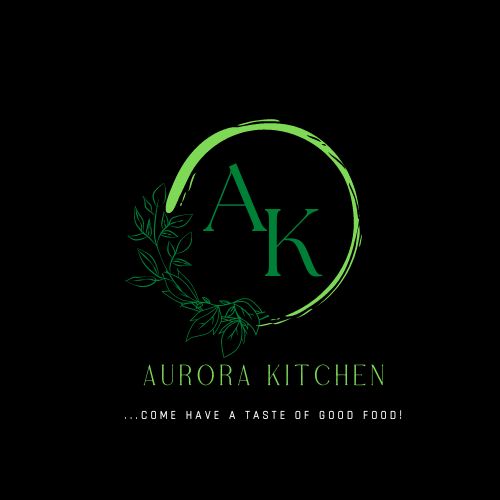 1 year Payment has been made for the kitchen space.
The Kitchen has been completely furnished to local standard with all required equipment.

The Kitchen will serve an average of 50 plates of delicious meal per day, 1200 plates per month. 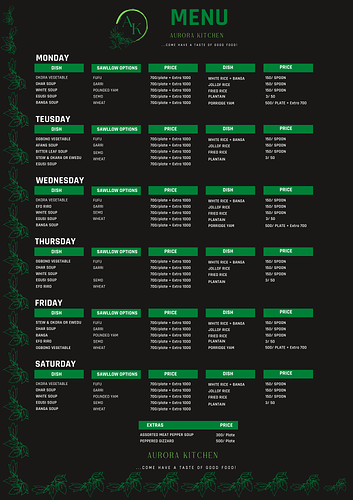 So far we have spent $4700 on setting up the kitchen and marketing activities.

By the second week of January we require $700 to purchase bulk food stuffs and to cover operational cost and launching cost for the first month of opening.

The Aurora Kitchen will Onboard an average of 20 new users per month and will be the official food vendor for all our activations.

The kitchen space set up and furnishing was sponsored by a Ghost Investor within our community.

January we require $700 to purchase bulk food stuffs and to cover operational cost and launching cost for the first month of opening. …by the second week of January.

Wallet address to receive the urgent tip is 0x8604CB8ed74a9AcC91581d9785467ae04256A06B
Any interested community member/manager/aurorean can send the urgent tip and post the tx receipt from auroscan here, as a response to this reply.

The #ecosystem needs to be diversified and creative in onboarding new users and creating new use cases for a broader community members participation.

@zubairansari07, @rencznik and @Liquidus thanks for your support and encouragement.

Please don’t for get to Tip!

#community:ideas You must agree with me that Aurora Kitchen, a decentralized web3 kitchen is a great idea for new use case category.

So far we have spent $4700 on setting up the kitchen and marketing activities.

By the second week of January we require $700 to purchase bulk food stuffs and to cover operational cost and launching cost for the first month of opening.

Huge money spent on this. Must be a big kitchen

Can you elaborate on this please.

@israel_igboze thanks for the questions. Two shops combined, furnished with wall papers, one big gas cylinder, one small gas cylinder, two industrial gas burner, deep freezer, fans, plates…and so on. This was provided by a sponsor, one of our community members @jma_dao made that available via partnership.

Here is the kitchen

We are literally going to be onboarding and interacting with 1,000 individuals per month.

Hey, that requires a lot of man power and incentives to those to be onboarded a those seating down to make it happen.

After that is a follow-up on to make sure they are completely onboarded and active.