Aurora’s Blog
Native USDC on NEAR and Its implications On The Rainbow Bridge & Aurora
Aurora Releases Its Engine 2.8.0 Version

The core team of the Aurora Eastern Europe guild

Vadim is the founder of the guild, a developer, DevRel Proximity, an IT specialist, hosts AMAs as a guest or host, and is responsible for the technical operability of guild resources.

Alena is a moderator, helping with content and translations.

Yuri (Bond) is a moderator, the first NEAR/Aurora dapps tester and creator of detailed instructions.

Our translators help us with the translation of the most important articles and the blog of Aurora: Alexey, Eugene, Maria, Andrey.

Since the founding of the guild, we have published 362 posts in the Telegram feed, 283 tweets on Twitter, 21 alpha-licks on aurora.dev and 8 blog articles, 17 articles on the nearspace.info blog, 5 AMA sessions, 5 quizzes and 12 community events (together with Influencers or ecosystem projects). There were also some AMA sessions with Aurora projects in the NEAR Native community.
In the fall, Vadim together with the CEO of Aurora Labs Alex Shevchenko spoke at a major crypto news publisher, Forklog. 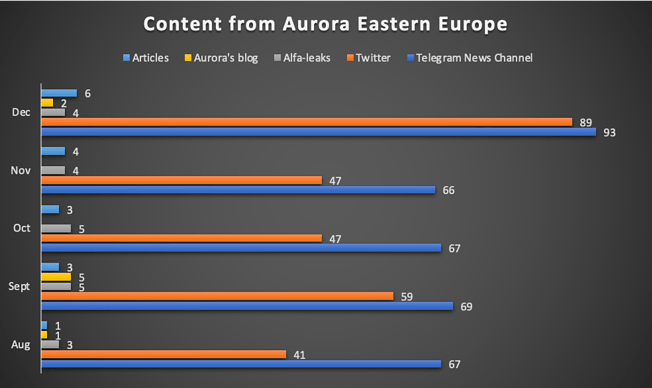 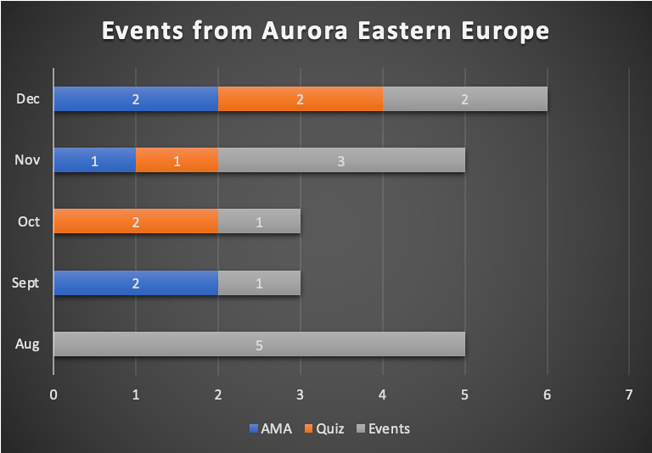 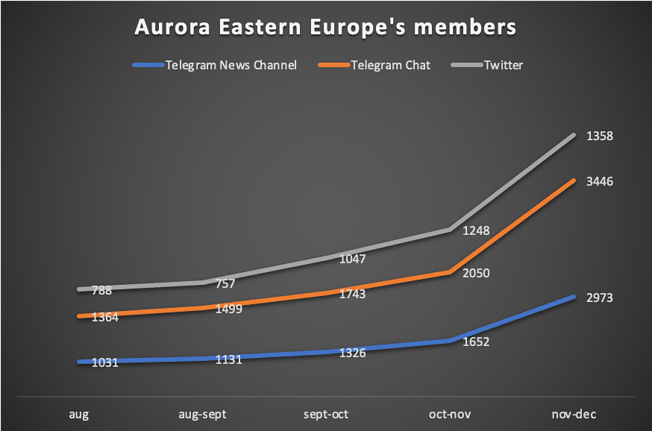 thanks for your detailed and comprehensive report! 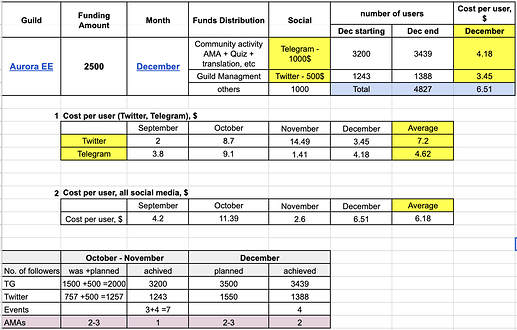 The table is not quite correct.
We received the following amounts during the entire time:
9.6k - August-Semtember
8.1k - October-November
5k - December-January(23)
Thus, the overall CpU should be completely different.